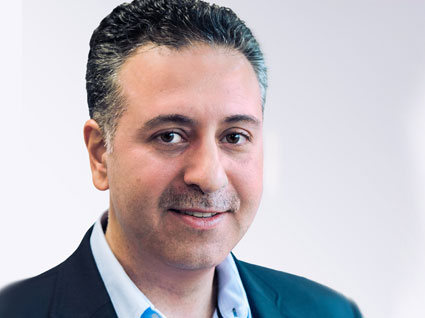 Posted at 22:21h in interview by Admin 0 Comments
0 Likes

Q: His Majesty King Abdullah II has presented a new economic vision called vision 2025, but, despite all those efforts and initiatives, Jordan is suffering from misperceptions worldwide. What is your opinion on the situation of the country today?

Y.F.Q.: To introduce the Jordanian economy and the growth over the last 2 decades, Jordan is a very small country with very limited natural resources. We import 98% of our energy needs, which is a big challenge. We are considered one of the top 5 countries in necessity of water, which is also a challenge. In addition, Jordan is in the heart of the Middle East, with Syria, Iraq and Palestine on our borders. That has created a huge challenge for the economy. We believe that challenges are the best way to create opportunities.

Jordan also has a liberalised country and economy; citizens are passionate about stability and peaceful environments. We have received many refugees over the last 15 years, and that has created a direct burden on the economy and the capacity of the country itself.

In 2004, the population of Jordan was 5.5 million. Now, it has reached 9.5 million. I don’t recall any country doubling its population in 10 years, mainly because of refugees. We received 1.5 million Iraqi refugees, now we have received 1.3 million from Syria, and also Yemeni and Libyan refugees who seek stability and a life quality that is not available elsewhere in the region.

Over the last 6 years, the challenges became bigger and bigger. The situation in Iraq and Syria has impacted on the population, the natural resources, and also trade policies and activities. National exports, by the end of 2016 have dropped around 9%, mainly for 2 reasons: the Iraqi market is considered a very important market for Jordan, and due to the situation, we have lost a lot of exports to that market; also our exports to Europe, because it was mainly land shipping, and all our trucks went through Syria and Turkey to the EU.

Even with all of that, we have an economic growth of around 2.2%. It is below our expectations, but, considering the situation, it’s an outstanding result. We are still exporting 91% of what we used to export over the last years. That has created a challenge, but, at the same time, a strategical opportunity. This is why the country decided to put strategic directions over the coming 10 years. Not to keep working on finding solutions for quick challenges, but to work also on the development of the country and to continue the growth of the economy.

One of the major issues of the strategic plan is to keep liberalising the economy, building a conducive business environment, not only by providing tax exemptions, but also providing the platform for higher added value products, attracting FDI in different sectors.

Capitalising on the stability of Jordan in such an area, using Jordan as a major gateway towards the rebuilding of Iraq and Syria – Jordan is the only country that has borders with both countries – and also, strategically thinking about diversifying our export markets. It’s clear that we have a major necessity to diversify, mainly to high-end markets. This is why we have the plan of having different FTAs with the USA, UK, and the last agreement of facilitation of the rules of origin, which will make it much easier to access the European market, and we are also focusing on the African market.

Investing in Jordan will give you a preferential access, custom free access to more than 1.3 billion consumers. Being in Jordan, you can export to all our countries, custom free. Adding to that, we have been heavily investing on our human resources over the last decade. We believe that human resources are one of the most important aspects of an economy. This is also why our health care sector is so developed.

Q: You are also a firm supporter of SMEs. What is the government doing today for SMEs?

Y.F.Q.: The Jordanian economy depends completely on SMEs. 97% of the enterprises are SMEs. The importance of them is not the volume, as much as the flexibility and the dynamics of SMEs. When you have a big challenge, big companies will always have difficulties to overcome, while the SMEs, due to their flexibility, they can directly adjust to them.

Secondly; self-employment, innovation, creativity, and entrepreneurship: the best way to commercialise them is through SMEs. That means that if you have a very creative idea, rather than finding a job, you start getting the support that you need and you start creating your own enterprise. And you are creating jobs instead of seeking them.

The strategy of the government is very clear. We are going to publish our new industrial policy, which has a major component of SMEs, entrepreneurship, innovation and development. The strategy of the government depends on 3 areas when it comes to SMEs. The first one is finding the mentoring and access to finance for SMEs, this is a major issue that we are working on. For that, we have taken different actions, one of them is providing, through the commercial banks, competitive financing with minimum interest rates. Also we have strengthened one of our institutions, called the Jordan Loan Guarantee Corporation, to provide loan guarantees and export guarantees, very important to minimise the burden of collaterals. We also have the Jordan Enterprise Development Corporation (JEDCO) as an umbrella for SMEs development, providing technical support, export development support, and quality enhancement support.

The second part of the SMEs development plan is access to export markets. We are also providing huge support for them in order to increase their exports, in different ways: promotion and activities, support, and certifications. And the third part is very important; we have been seeing over the last years that if you start small, you spend most of your life being small. We have included different tools in order to ensure that the support, access to finance, will empower and support the SMEs to graduate from one life cycle to the next.

Q: Your strong experience in the private sector certainly serves your purpose at the Ministry. Which sectors represent the best opportunities for foreign investors today? And, what has been the role of the UK government and the UK companies in supporting your economy?

Y.F.Q.: We have received huge support from the UK. Through the support to the facilitation of the rules of origin to the EU market, and also historically the relationship between the UK and Jordan goes beyond economic benefits. At the same time we have witnessed that many of the UK foreign direct investments have played a major role in putting Jordan on the map of the world.

The beauty of the Jordanian economy is that it’s very dynamic and flexible, and in many sectors. As an example, looking at the industrial sector, the potential is very high, we are one of the pioneers in agriculture, we are the only country in the region with a 12 month calendar, which means that you can produce at any time of the year, and we export to the UK.

We also have energy. As I said before, Jordan is importing around 98% of its energy needs. On the other side, when it comes to renewable energy, Jordan is one of the most feasible countries in the world when it comes to solar energy, for example. And as a country that lacks natural energy resources, it creates a great opportunity. Now we have the nuclear energy, with huge opportunities, wind energy as well. The energy sector has great potential. Even with all the investment that has been done so far, we believe that by 2025 we will only be able to cover 15% of our needs, there is still huge potential in this sector.

We need, as well, investments in tourism. With the situation going around, I believe that the potential of tourism in Jordan is very high. It is now one of the only destinations in the region that people are targeting for tourism. We have witnessed a decrease in European tourism, but at the same time a huge increase in the Arabic tourism.

This is not a highly centralised economy; we are a very diversified and dynamic economy that is creating real opportunities. We have worked over the past years to ensure that the business environment is conducive to attract such investments. As an example, we have a new investment law that is giving huge incentives to investors, investors targeting not only the local market but as well the ones that target exports. There is a new law, as well, called Public Private Partnership law, which is giving very important investments on Public Private Partnerships. Even the government is moving out from investments to give them over to the private sector.

Jordan has reached a level in which we have a conformity assessment with many of the international standards, European, American; which means that even if you would like to export to the EU, you don’t have to start doing the specifications in the EU – when you get it from the Jordanian institutions, it means you are ratified and accepted by the EU.

We are trying to create the needed legislative laws in order to ensure a very feasible investment, and at the same time a free investment.

Q: What is the lasting impression you would like our readers to have of Jordan?

U.F.Q.: Jordan as a leadership, a government, as citizens, is committed to having a highly developed country and economy. Everybody is eager to play a major role to see our country as one of the most attractive economies in the region, either by growth or by the attractiveness of FDIs. We are committed to ensure that our economy is a very attractive one in the region, and also ensuring that there is no discrimination between local and foreign direct investments.