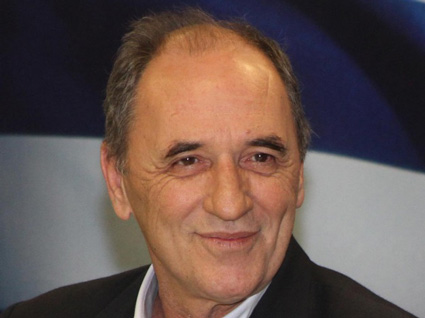 Posted at 11:31h in interview by Admin 0 Comments
0 Likes

Q: Minister Stathakis, as former Minister of the Economy, would you agree that Greece has in the last year finally turned the corner? What do you consider to have been the role of the energy sector in the economic recovery of Greece?

H. E. Mr. George Stathakis: Yes, definitely. It proved that the current programme of 2015-2018 had more moderate fiscal adjustments than the previous two programmes and a more reliable reform agenda. There have been strong, concrete indications that the programme has worked; we succeded an important fiscal performance and all indicators show that the economy is turning around.

Q: Nobody can deny that climate change is something real as each year the world seems to suffer more negative side-effects from rising temperatures. The Ministry of Environment and Energy has pledged its commitment to the Paris Accord and recognizes the importance of Climate Change. However, it is still a global problem which needs the full attention of all world leaders. In your opinion, what are the key, strategic issues that need to be addressed today in order to curb the pace of climate change?

H. E. Mr. George Stathakis: I think there are several issues of immense importance. Energy saving is a major issue and also the path that will lead us to significant results, hence I believe that each and every economy should commit to very ambitious targets. In addition, there is a need to change the energy mix of our energy production sector. Greece has been strongly committed towards both areas. Along signing the Paris Accord, we support the very ambitious targets set by the European Comission’s ‘winter package’ for 2030. Moreover we are in line with the countries that are willing to set ambitious targetsboth with regard to energy saving and increase of RES in the energy mix.

Q: The importance of curbing carbon emissions and relying on renewable energy sources has long been identified as a priority by governments around the world. The target established several years ago by the EU regarding renewable energy is a minimum of 27% of the total energy mix by the year 2030. Currently in Greece how much of the energy mix comes from renewable sources? What are the ambitious targets that would you like to set for Greece?

H. E. Mr. George Stathakis: Today we are producing 29% of energy from renewables in the electricity production, 27% from gas and 28% from lignite and coal. Our target is to boost renewable energy production in order to reach, by 2030 approximately 50% and at the same time reduce lignite and coal share to 20%. We plan to completely replace the 10% of petrol that covers electricity production for the non-interconnected islands and connect most of ‘larger consumer’ islands with the mainland by 2023.

H. E. Mr. George Stathakis: We liberalised the wholesale market a couple of years ago. From January 1st, 2018 we also liberalized completely the retail market. Thus the main gas markets are therefore liberalised. DEPA in the past has been major player in both markets and will remain in the wholesale market through forthcoming agreements with the other companies that participate in Athens and Thessaloniki. DEPA will remain only in Athens in the retail market and will retreat from Thessaloniki. So, practically DEPA will be a major player but in an open-liberalized market.

Q: Energy security is a strategic issue for Europe and one where Greece plays a critical role, connecting continents with several strategic pipelines including IGI, East Med, IGB and TAP, as well building and upgrading new LNG terminals. Minister Stathakis, just how important is Greece’s role in the European context for energy security?

H. E. Mr. George Stathakis: Diversification of energy sources is a major strategy for national energy security in Europe. In this context, Greece has great potential to become an energy hub in the region, which has already been the case. TransAdriatic Pipeline (TAP) is crossing Northern Greece, the so-called Southern corridor that will bring Azeri gas to Europe. Moreover we are working on Greece Bulgaria Interconnector (IGB), a pipeline that will connect Bulgaria with Greece and with Serbia, at a later stage, through Bulgaria Serbia Interconnector (IBS). We are working on constructing an LNG station in Alexandroupoli, which is a major project in terms of investment and capacity. Adding to that, we are completing the upgrade of the most important LNG station in Greece, in Revithousa, near Athens, which will again have significant effect towards the diversification of supply. At the same time we are working on smaller interconnection projects and pipelines in the Balkan region.

Q: Would you say there are some interesting opportunities for investors coming from the UK in these projects that you have just mentioned?

H. E. Mr. George Stathakis: Most of the aforementioned projects, as you know, are large scale projects and the companies involved obviously have an excellent record and experience in energy projects. British companies are already present in TAP. We look forward in participating with other key players from the UK and beyond in other major energy projects in the coming years.

Q: 2018 also marks a strategic year for Greece to potentially catapult its upstream hydrocarbon exploration and production activities, particularly in the deep waters off the coast of Crete. Share with us your vision for the sustainable development of Greece’s hydrocarbons sector?

H. E. Mr. George Stathakis: Last year, two very important investments in the hydrocarbons sector have changed the existing landscape in Greece. One has to do with the interest in the signing of the agreement for exploration in the Ionian Sea west of Corfu, where major players have already begun exploration. The second major event was the expression of interest by Exxon Mobil and other companies for the exploration of south western Crete. The geological data indicates there is huge potential for gas reserves. Both of these developments indicated that the exploration project was in a similar direction as was the case Cyprus and the Eastern Mediterranean. This opens new potential for the development of the hydrocarbons sector.

Q: Will hydrocarbon explorations off the coast of Crete take off this year?

Through this interview, you have the attention of Britain’s ELITE business and investor community, so perhaps to conclude, and as Minister of the Environment and Energy this is your opportunity to share a powerful and insightful message with the influential readers of The Times.
H. E. Mr. George Stathakis: My message is that the energy is becoming a key sector of the new economic growth model for Greece, after the financial crisis. The reforms already implemented as well as reforms that are currently being implemented, create great opportunities to attract foreign investments, especially in the energy sector, where UK companies have a lot of experience. The expected financial resources and investments in the sector will continue to have major contribution in the recovery of the Greek economy.

Sorry, the comment form is closed at this time.